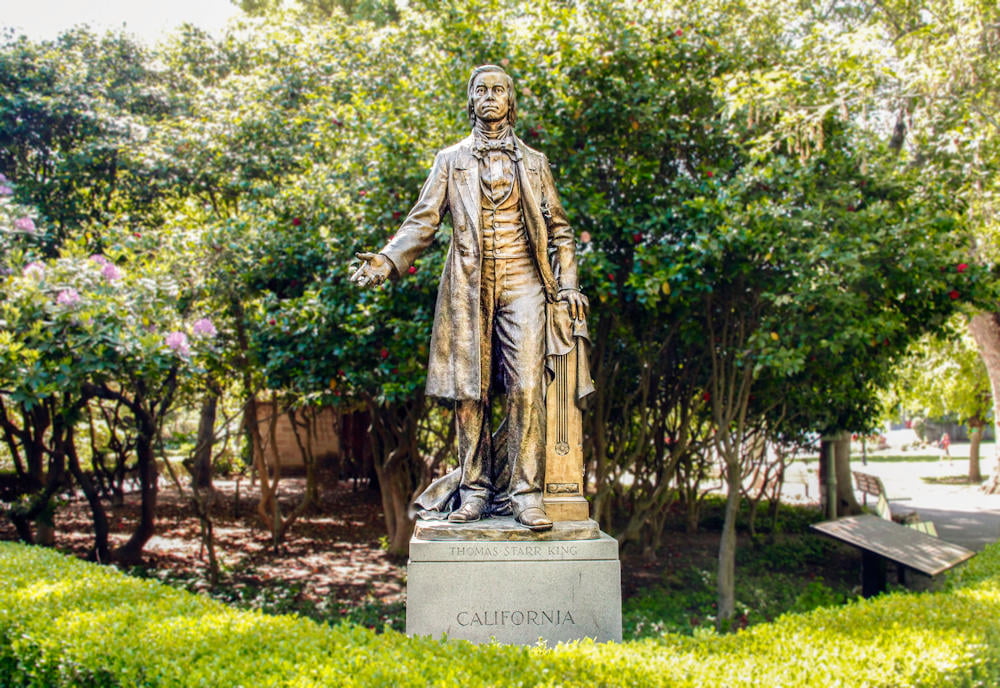 This statue, a tribute to Thomas Starr King, was brought to the Capitol in 2009.

Thomas Starr King (1824-1864) was a Unitarian minister from Boston, recognized in 1927 as one of California’s most illustrious historical figures.

At the dawn of the Civil War, Thomas Starr King spoke out on behalf of the Union, African Americans, the Sanitary Commission, the magnificent California landscape, and the Unitarian church. At the time of his death, The San Francisco Bulletin described him as one of California’s “noblest orators” and the country’s “ablest defenders,” primarily because of the rousing, patriotic speeches he delivered. Californians admired their young preacher, but the intense traveling and speaking took a toll on his health.

At the age of 39, after only four short years in California, he contracted diphtheria and died of pneumonia a few days later.

You can read more about Thomas Starr King in our Past Exhibits section.