The decision to restore the historic Capitol created one of the largest restoration projects in California’s history. Artisans relearned arts long forgotten, the Senate and Assembly chambers were returned to their former glory, and the building was updated with modern technology while maintaining the splendor of the Capitol’s original appearance.

Demolishing the Capitol and rebuilding it may have been a more economical route than complete restoration. The restoration project began in 1975 and took a total of six years to complete. The final cost of the restoration was $67 million.

At the time, the project was the largest restoration ever completed in North America. The unprecedented restoration project returned the Capitol to its 1906 grandeur and employed master artisans, architects, structural engineers, and historians.

During a segment of the restoration project, the entire western portion of the Capitol containing the Legislative Chambers was completely closed. The Legislature had to meet in specially constructed trailers located nearby in Capitol Park. Fortunately, individual Legislators, the Governor, and the Lt. Governor continued to occupy the East Annex and were only inconvenienced by the construction.

In January 1982, the newly restored building was completely reopened to the public. After the ribbon cutting, the Legislature hosted a “Restoration Gala,” complete with a dazzling fireworks and laser light display.

Today, most of the rooms in the historic building are used daily to conduct the state’s business. During the restoration, several key rooms were set aside for the State Capitol Museum and restored to their turn-of-the-20th-century appearance. 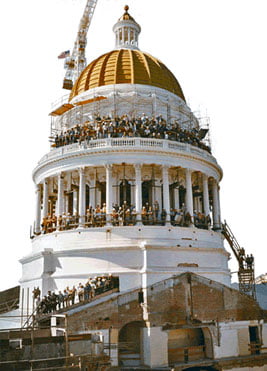 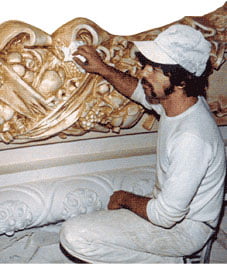 During the Capitol’s restoration, efforts were undertaken to recreate the original parget plasterwork. These efforts were stifled by the lack of an accurate example to use as a guide. Since original photographs were black and white, artisans were unsure of the techniques and color palette used by the original artists.

Parget is the colorful plaster decoration that can be seen in the ceiling and frieze of the Archives exhibit room on the first floor of the Capitol Museum. These plaster designs were once common throughout the entire building. Through the years, efforts to modernize the Capitol had resulted in the delicate plasterwork being painted over or sometimes removed entirely.

Fortunately, during the restoration project, workers found a full-color segment of an original California poppy design hidden behind a heating duct. This revelation gave artisans clues on how to re-create this lost art form.

Trial and error eventually led to the successful technique that artisans used to restore the intricate design work. The artists began with a simple perforated drawing made by copying the discovered frieze. Then, they carefully applied charcoal powder to the perforations to transfer the drawing to the ceiling. Next, they used pastry tubes and other tools to apply a plaster mixture directly onto the transferred drawing, much like a baker decorating a cake. Once the parget work had dried, artisans painted it to match the original colors. 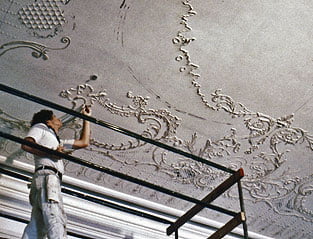 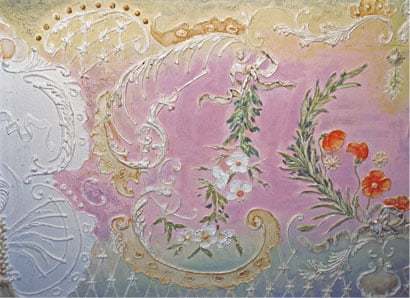 The original tile laid in the Capitol’s rotunda is a geometric mosaic of earth-toned shapes, creating a “marquetry” effect similar to the inlaid woodwork found in Renaissance Revival furniture. Maw & Company manufactured the original tile in Shropshire, England.

An article dated November 28, 1873, in the Sacramento Daily Union reported, “The advantages claimed for these tiles are that they are far more beautiful and from twenty to fifty per cent cheaper than marble; so durable that it is said they are ultimately cheaper than a common wooden flooring, having in England stood fifty years’ constant wear without any perceptible difference in their appearance….”

Unfortunately, the tile did not withstand the 100 years’ worth of wear and tear on the rotunda floor. During the restoration, the original tile was removed and replaced with reproductions made from standard United States quarry tile.

Restoration artisans painstakingly recreated the intricate geometric designs with the updated tiles in the rotunda and in nearby halls and stairwells. The original tile that they were able to salvage can now be found on the grand staircase landing on the second floor. 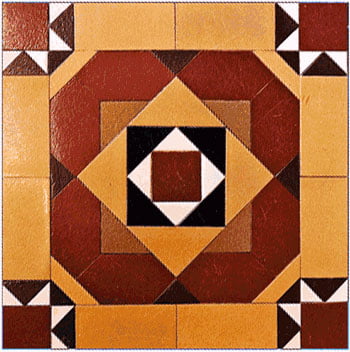 Strolling through the imposing halls of the Capitol, amid all the action, visitors might not notice the fine details artists and craftspeople included in their work that contribute to the overall splendor of this historic building. 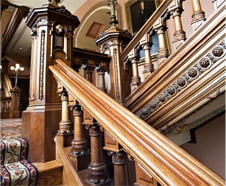 The original grand staircases were removed from the Capitol in 1906 to make way for additional office space and elevators.

Recreating the staircases was a daunting task, considering that the only known references were two black and white photographs. Fortunately, researchers located and were able to obtain one of the original newel posts, which had been purchased by St. Francis of Assisi Church, in Sacramento. Using the original as the model, craftspeople recreated the hand-carved walnut, mahogany, and redwood posts featuring bear heads and foliage. The newel post light fixtures are copies of the original gaslights and include flying seahorse ornaments inspired by Greek mythology. 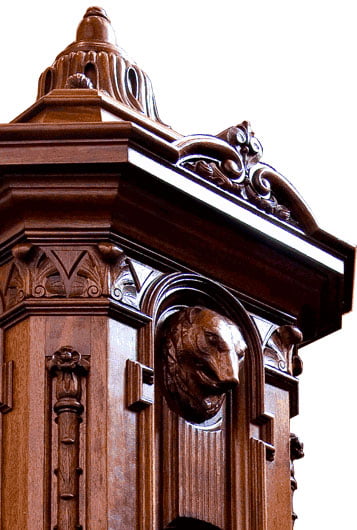 The original marble mosaic on the second floor had withstood the test of time. During the restoration, each of its approximately 600,000 pieces was cleaned, polished, glued, and grouted on craft paper to be reinstalled in sheets. The restored 1906 mosaic features swirling patterns of golden poppies, California’s state flower.

The Great Seal of California

A stained glass version of the Great Seal of California can be found embedded in the ceiling near the entrances of the Senate and Assembly chambers. The seal’s design includes an image of the Roman goddess Minerva, symbolizing California’s direct rise to statehood. Near her are a grizzly bear and a cluster of grapes, representing the wildlife and agricultural wealth of California (though the grapes do not appear in the stained glass version). In the background, a gold miner and sailing ships represent industry and commerce. 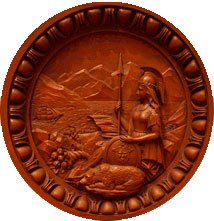 The restoration rediscovered the State Capitol that was completed in 1874 beneath over 100 years of well-meaning and misguided “modernizations.” With their removal and the help of today’s technology, the building has been allowed to face the end of this century, and the beginning of the next, as it did the last — the home of California’s legislature.

Legislative chambers, the most important rooms of any capitol, are usually designed and furnished in a grand style. California’s Capitol chambers were definitive examples of this for many years, until a series of modernizations slowly chipped away at the grandeur they once exhibited.

During their heyday, the chambers exemplified the democratic values of government by the people, for the people. In both chambers, the Roman Corinthian design of the columns and pilasters reflect the Greek and Roman influences of our democracy and rule of law.

The decor of the chambers also reflected precedents set in British Parliament. The color red, featured in the Senate Chambers, was historically associated with the House of Lords. In the Assembly Chambers, green was the predominant color, a tradition borrowed from Parliament’s House of Commons.

When the Capitol first opened in 1869, a Sacramento Daily Union reporter describing the chambers wrote, “This happy mingling of colors by the painter’s brush, this ingenious carving by the skillful worker in wood, that horn of plenty … all tend to impress the mind with pleasurable and patriotic emotions.” By the 1970s, however, all the details described by the reporter had been replaced with white paint, fluorescent lights, and lowered ceilings.

When the restoration of the Capitol began in 1976, what remained of the original legislative chambers was restored while other elements were recreated based on historical photographs and physical evidence. For example, the original plaster pendants that hung from the ceilings were recreated from a photograph and pieces of an original found under a floor. Bronze and crystal wall sconces were reconstructed; original furniture was restored and, in some cases, reproduced. The elaborate Wilton carpet’s intricate design was also reproduced based on the original pattern visible in an 1870 photograph.

Today, visitors can observe the Assembly and Senate proceedings from the balconies that overlook the restored chambers. The chambers are designed like a theater with the floor as the “stage” and the public overseeing the workings of government from the gallery. The gallery is an architectural feature that symbolically reflects the democratic process, enabling the public to observe their elected officials in action. 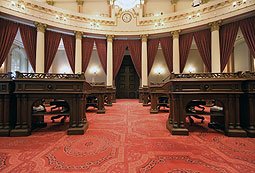 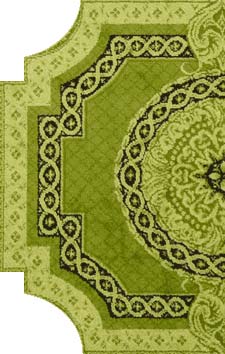 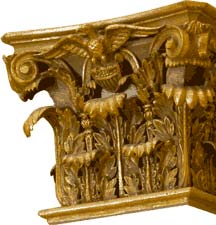 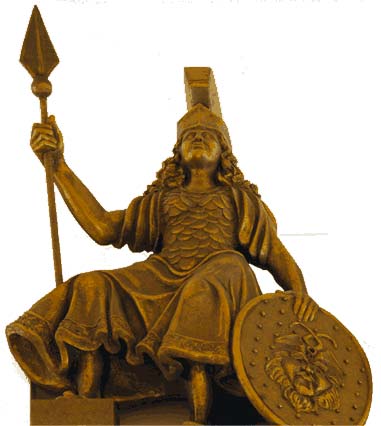