Sacramento, one of many California Capitals

The immigration of thousands of “Forty-niners” in search of gold prompted California’s admission as the 31st state into the Union in 1850, thus creating the need for a state capital. California did not have a permanent seat of government until 1854. Cities vied for the opportunity to house the state capital for the power, prestige, and economic benefit that accompanied it. Four capitol buildings existed in other cities before Sacramento became the permanent site.

The first State Constitutional Convention was held in 1849 at Colton Hall in Monterey. During the convention, delegates discussed the need for a suitable location for the seat of California’s government. Anticipating prestige and profit, communities from all over the state made attractive offers that included free land and buildings.

The first State Constitutional Convention in 1849 was held at Colton Hall in Monterey. During the convention, 48 delegates worked diligently to write California’s first constitution as well as to build a state infrastructure from scratch.

While the delegates were still convened in Monterey, communities competed with one another to become the home of California’s capital.

“During this session, two men from the booming little town of Pueblo de San Jose were sent galloping over the hills to Monterey to offer Washington Square in their town as a capitol site and to assure delegates that a suitable building would await them. After hours of debate the convention accepted the offer and named Pueblo de San Jose the capitol-with the qualification that, by law, it might be moved elsewhere.”

When the Legislature returned to Vallejo in 1854, the legislators were once again dissatisfied with the conditions. General Vallejo asked to be released from his contract because he felt he had been discredited by the repeated removal of the capital. The legislators were concerned that roving about the state would erode the people’s confidence in state government. Despite their concerns, they moved to the town of Benicia, which had promised them the use of their City Hall. However, the facilities were inadequate, and a second proposal from Sacramento brought the Legislature back for good.

The first time the Legislature convened in Sacramento, it was on a temporary basis because the capitol in Vallejo was still incomplete. An interesting twist resulted from General Vallejo’s breach of contract. A restraining order was issued by J.D. Hoppe of San Jose to prevent the Governor from having the state’s archives sent to Sacramento. It was stated that the archives were being held in the “true legal capitol” and that the Removal Act of 1851 was conditional on Vallejo fulfilling his contract.

The Legislature was provided ample and comfortable accommodations in the courthouse in Sacramento. It would be another year and two more removal acts before Sacramento would successfully capture the prize and become California’s final seat of government in 1854. Construction on the present-day Capitol began in 1860, and the building has endured for nearly 150 years after its completion in 1874. 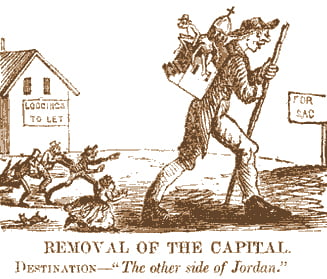 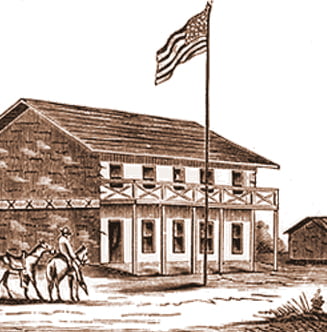 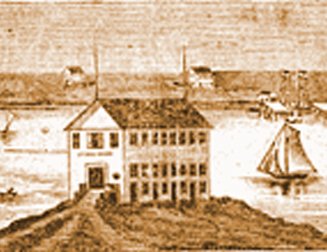 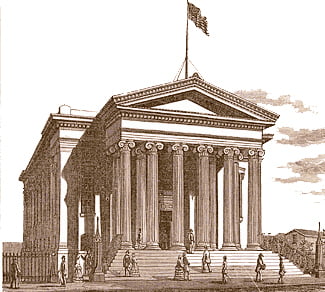 As California was the 31st state to join the Union, the design of its capitol was influenced by architectural styles used in the American public buildings that preceded it.

A common feature found in many state capitols, including California’s, is a portico opening into a central rotunda that rises into a dome. This architectural convention, borrowed from the Romans, creates an inspiring and majestic entrance.

To house the bicameral (composed of two legislative houses) government that the United States adopted from the British, the designs of many capitols include two wings that extend from a central rotunda. In California’s capitol, the Assembly is located in the north wing and the Senate in the south wing.

In 1785, while minister to France, Thomas Jefferson designed Virginia’s first permanent capitol in a neoclassical style. He was assisted by the prominent draftsman Charles-Louis Clérisseau. The Maison Carrée at Nîmes, France, served as their model. This temple, built by the Romans, still stands today.

The capitol’s rotunda displays a life-size statue of George Washington. Wings to house the Legislature were added to the original building in 1906.

Self-taught architect Charles Bulfinch designed Massachusetts’ Capitol in the American Federal style, which takes its name from the era in American history (1783-1815) when the nation was being established.

The front of the building features an elevated portico with a series of Corinthian columns. The large gilded dome is topped with a lantern, and a pinecone, a symbol of the Massachusetts forests. Bulfinch also designed state houses for Connecticut (1796) and Maine (1832).

Benjamin Latrobe immigrated to the United States from England in 1796. By 1798, he had established himself as a talented architect specializing in Greek Revival buildings. This architectural style fit nicely with then-president Thomas Jefferson’s philosophy of politically relevant architecture. In 1803, Latrobe was called to Washington to complete the U.S. Capitol, a project that kept him occupied for the remainder of his life. 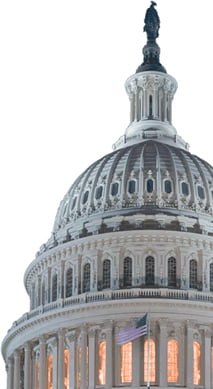 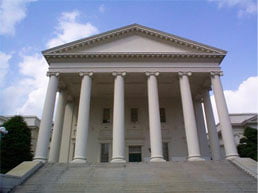 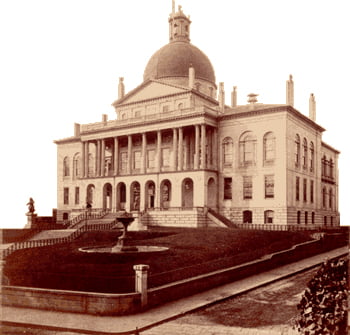 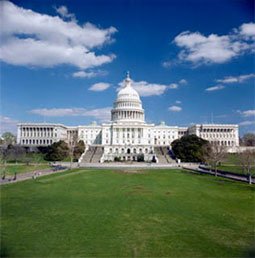 A Capitol for California

In the Governor’s office there is suspended in an elegant frame, a drawing of the State House of California, as it will appear when finished. The drawing is by Mr. Clark, the architect, and it presents a building of noble design and proportions, wearing a grand and imposing exterior. If this building looks like the drawing, the new Capitol will be a credit not only to the El Dorado state, but to the Republic.

In 1856, Reuben Clark completed architectural plans for the Capitol. Ongoing controversy about the building’s exact location in Sacramento, the construction budget, and supervision delayed its start. Finally, on March 29, 1860, Governor John G. Downey signed legislation creating the Board of State Capitol Commissioners who would be responsible for contracting and superintending the work.

Although the state already owned Clark’s architectural plans, the commissioners held an open competition for the Capitol’s design. Within four weeks, architects submitted seven different plans. In July 1860, following a controversy involving plagiarism, the Commission selected plans presented by M. F. Butler. According to the Sacramento Daily Union, Reuben Clark had prepared the plans while employed by M. F. Butler. The Commissioners paid Butler the $1,500 allowed for by law and designated Reuben Clark the supervising architect.

Reuben Clark’s design for California’s Capitol included space for three branches of government: Executive, Legislative, and Judicial. Today, only the executive and legislative branches are located at the capitol. The East Annex, which was added to the Capitol in 1951, was originally built to house the executive branch. The Assembly is in the north wing; the Senate is in the south wing. The judicial branch is now across the street in the Library and Courts building. 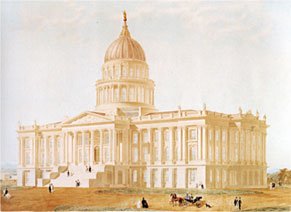 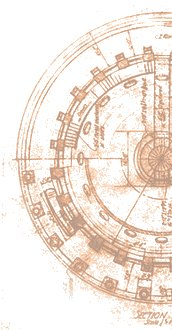