A group of Mexican-American women who had lost their sons in World War II commissioned this memorial’s construction in 1951.

“El Soldado,” a small statue of a 1940s-era infantryman, stands across from the Capitol near the fountain between the Library and Courts building and the Legislative office building.

Officials moved the statue to its present location in 1975. In 1985, legislation sponsored by former state Assembly Member Richard Polanco ceded the state grounds to the memorial and authorized its expansion. 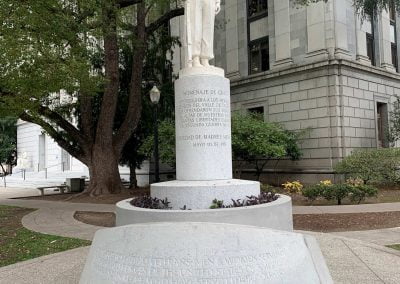 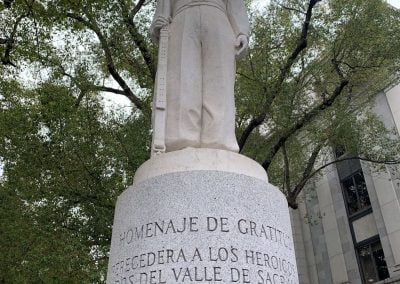