This rock and the oak tree that stands behind it honor the contributions, past and present, that Californian Native Americans have made to the state’s history and culture.

For thousands of years, Native peoples lived in harmony with nature on the land that would later become the state of California. The men fished and hunted. The women harvested seeds, dug roots, and gathered herbs. And each fall communities came together to gather acorns, an important source of food. 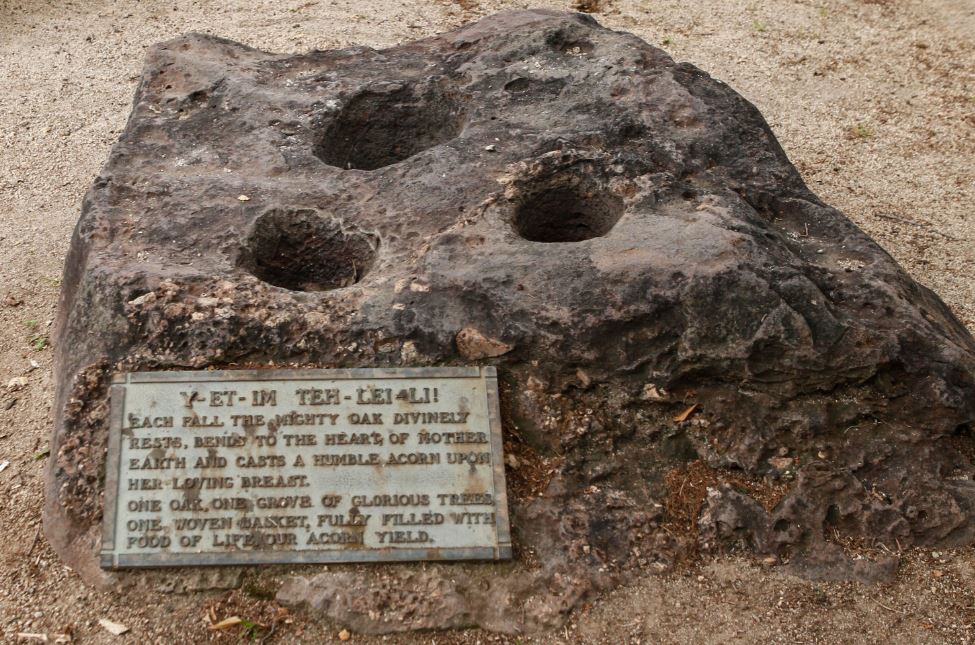 In three days a family could harvest enough acorns to feed themselves for an entire year. Once harvested, the acorns were dried. The women then pounded the acorns into meal from which they would make soup and mush, often using a rock like the one displayed in Capitol Park. Not all California Native Americans use the term “grinding rock”.

Some prefer to call such rocks “pounding rocks,” since acorns were pounded into meal rather than ground. Others call them “bedrock mortars,” because the rocks served as a mortar against which women pounded the dried acorns using a stone pestle. This process left holes in the rock over many generations of use.

Making the acorn meal was a time-consuming and tedious job. To pass the time, women told stories and sang songs as they worked. The children who played nearby learned the traditions of their people through their mothers’ stories and songs. 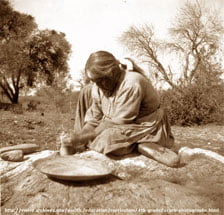