Such a colossal project posed many obstacles and challenges for the architects, engineers, and restorers involved in the Capitol’s restoration. Many overseers of the project had to rediscover original building materials, reinvent century-old construction techniques, and engineer new techniques to reinforce the building structurally.

During the restoration process, engineers and architects had a difficult time dealing with the Capitol’s poor structural integrity, which was discovered in the seismic reports a few years prior. They had to find a way to reinforce the entire structure and bring it up to modern earthquake standards without removing or damaging the historic façade or materials.

While the majority of the original structural exterior remained, the interior was completely replaced. This process left the exterior of the original building standing, while its brick shell was reinforced with a shotcrete backing. Shotcrete, which uses dry and wet concrete, was sprayed via a hose-like device, which offered both a smart and relatively easy solution to the building’s seismic integrity.

Once the building was structurally sound, the interior was completely replaced from the top down in two stages. In the final and most difficult phase, the dome was left in place while its structural interior was replaced and rebuilt while retaining its original exterior. 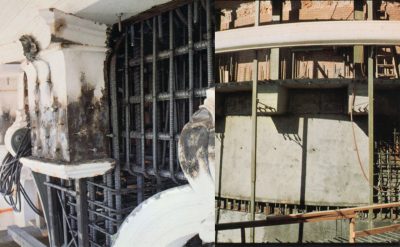 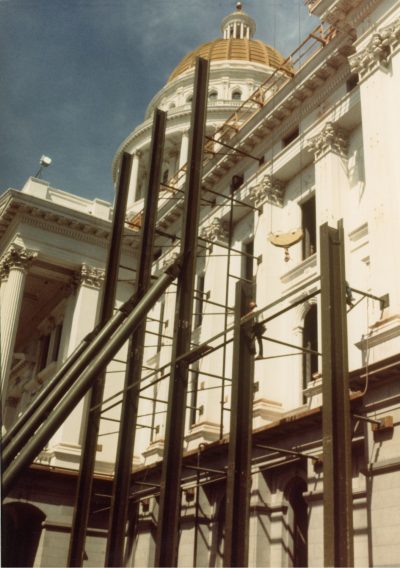 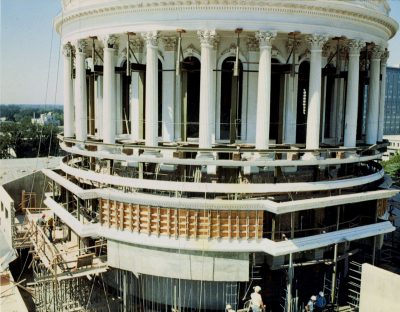 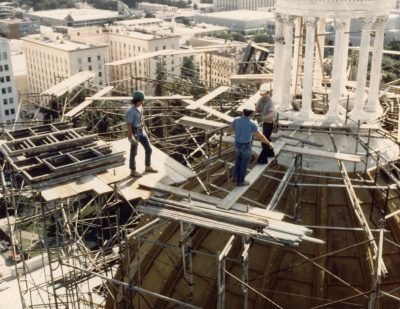 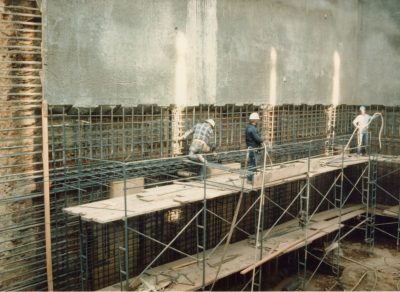 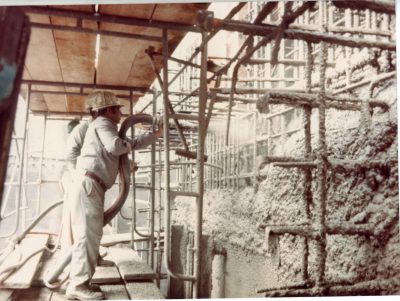 Once the Legislature decided to save the Capitol’s original West Wing, the ensuing challenge was to decide how to restore it. This was not an easy task. The original blueprint plans for the building were lost in a fire. Additionally, the years of remodeling had either covered up or completely removed the craftsmanship, coloring, and layout of the original building.

The objective was to devise a way to make the old Capitol building structurally sound, save as much of the original building as possible, and prevent construction costs from skyrocketing. The building overall would appear much as it had in the early 1900s. Whenever possible, anything original was retained and refurbished. When refurbishment was not viable, artisans painstakingly and accurately recreated building features using both traditional and modern techniques.

To discover what original building elements lie underneath 20th century remodeling, restorers took a systematic and detailed inventory of original features during the dismantling of the building’s interior. Items such as molding, windowsills, doors, and tiles had to be carefully removed, measured, stored, and repaired to be placed back into the building or recreated.

About 1500 artisans and craftsmen restored and recreated building elements for the reconstruction. Some workers even came out of retirement to assist with the restoration. “Lost arts” such as woodcarving, wood graining, mosaic tilework, and ornate plaster working were revived for the restoration. New technology was also used to replicate ornate tilework, reveal original paint colors, and recreate decorative wallpaper. 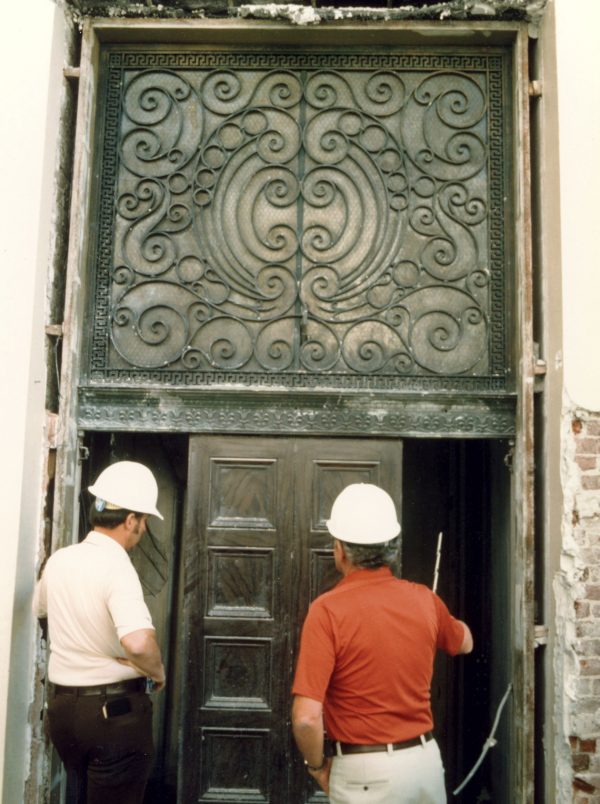 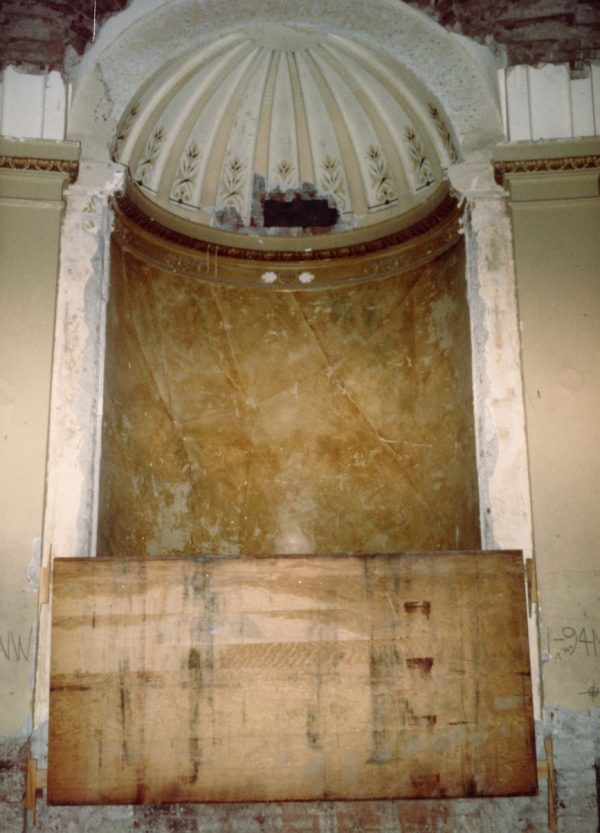 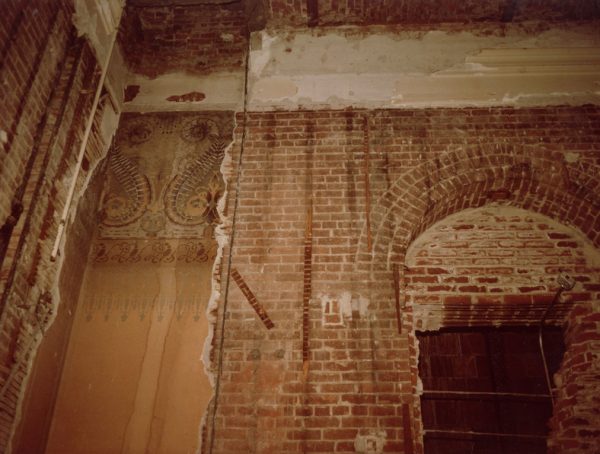 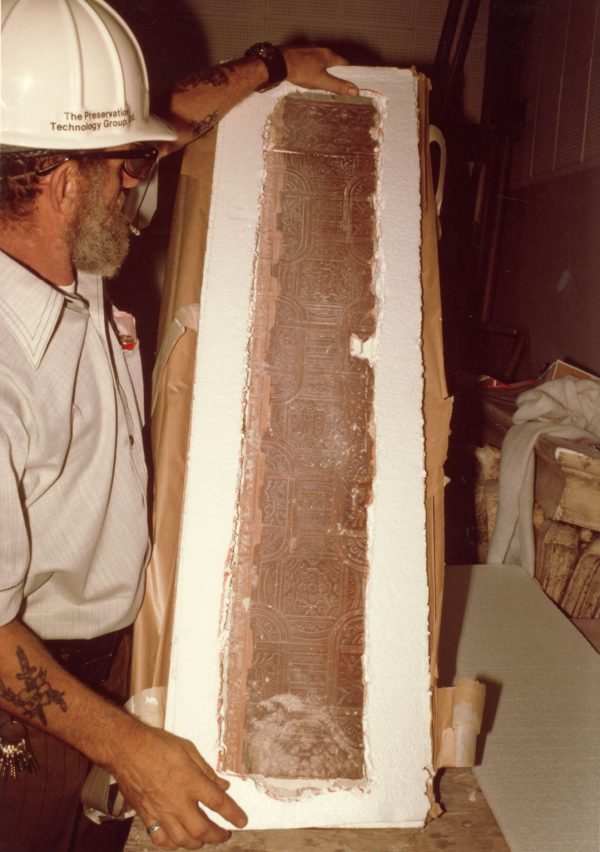 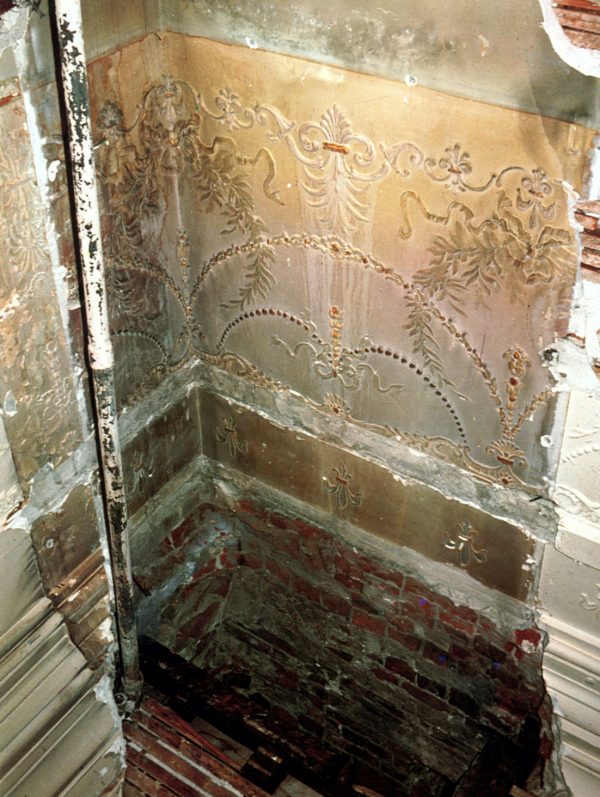 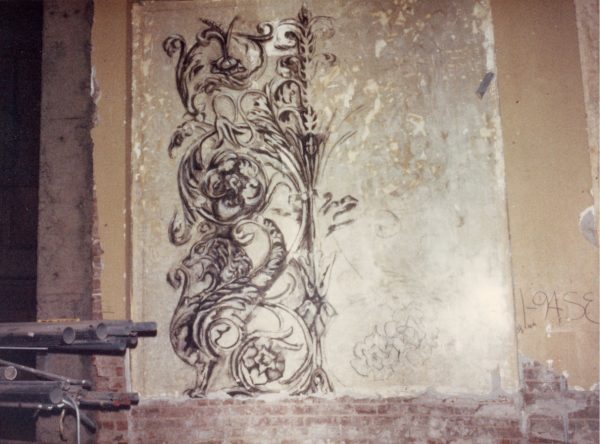 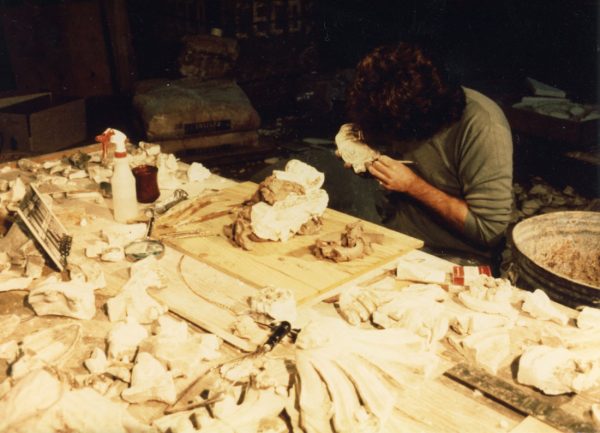