California’s State Capitol Park expanded from four city blocks in 1854 to twelve city blocks by 1917. The beautification and construction of Capitol Park began in 1869 and soon became one of the most beautiful capitol parks in the nation. The park features Victorian style winding paths, benches, statues, memorials, and expansive lawns, as well as hundreds of trees, shrubs, and flowering plants from all over the world. Eventually this created a forty-acre “urban park” for public enjoyment.

In 1870, 200 different varieties of trees and shrubs from around the world were laid out in a stately style, after the grounds were cleared and enriched with silt from the Sacramento River. Also in 1870, the state purchased a city block at the corner of 15th and L streets to construct a mansion for state Governors. However, no governor ever lived there, and it became the State Armory and Printing Plant. The mansion was torn down in 1923.

In 1884, the state constructed the Agricultural Pavilion at 15th and N Street. The pavilion provided space for social events, hosted the State Fair until 1905, and housed 1906 San Francisco earthquake victims. In 1908, the state replaced the pavilion with native plants from around California, including Coastal Redwoods, Giant Sequoias, oaks, pines, and a cactus garden.

Today, Capitol Park is home to national memorials and statues, as well as monuments of significance to Californians, including the California Vietnam Memorial, the Chaw’se Native American Grinding Rock, and the Great Seal of California. 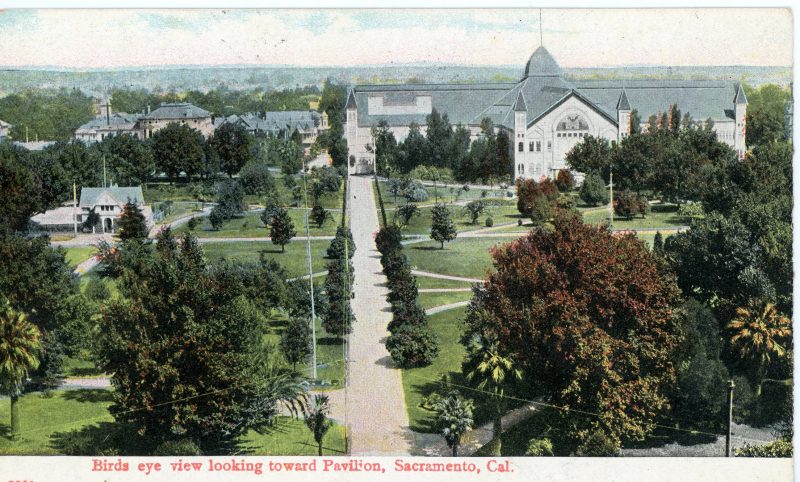 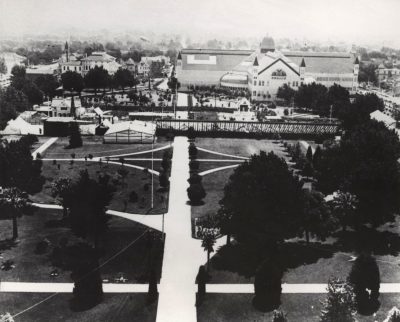 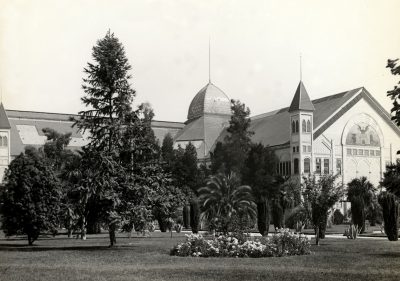 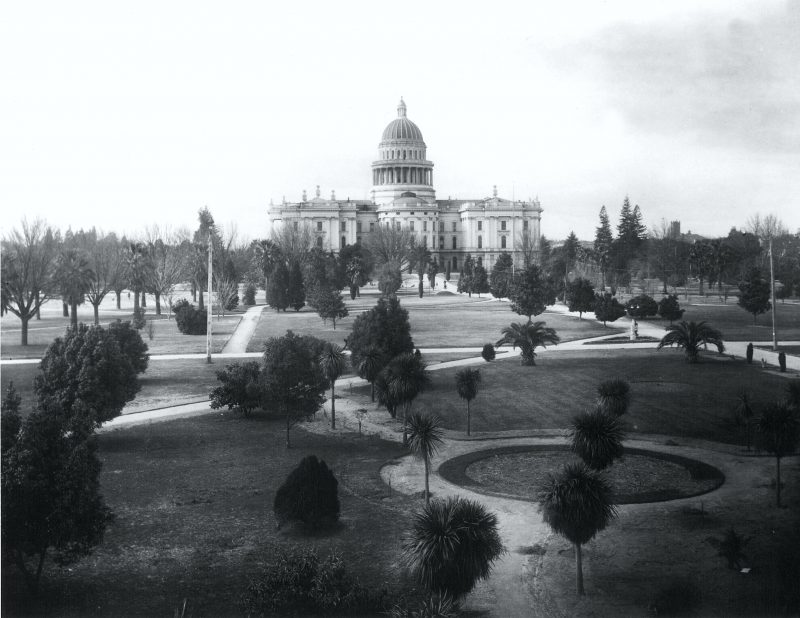 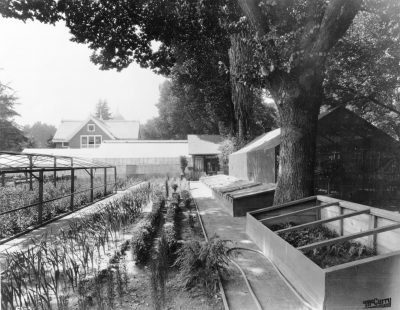 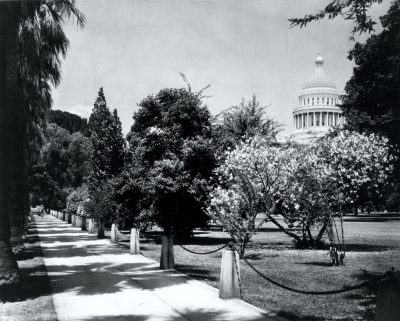 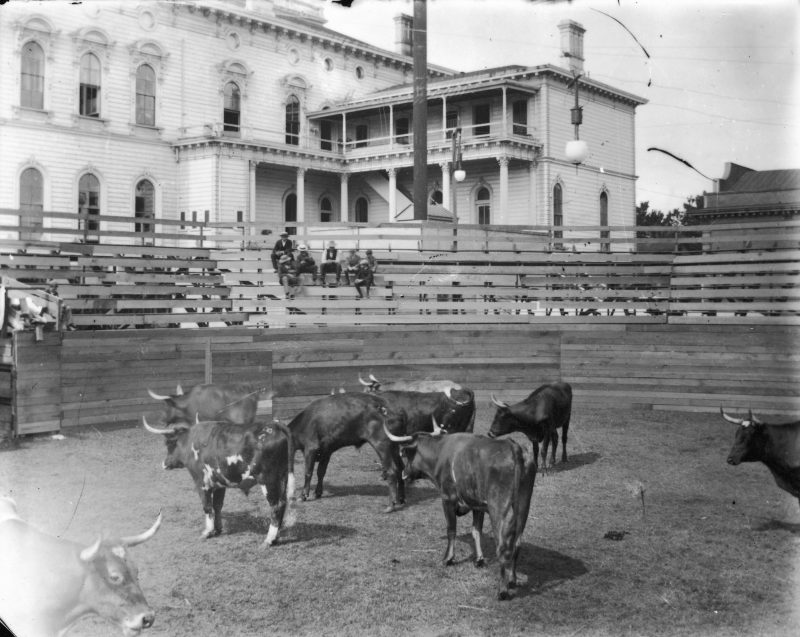 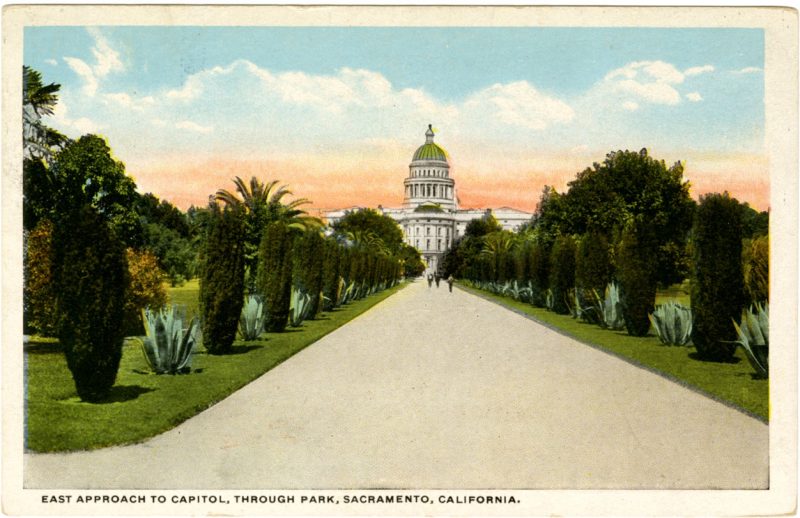 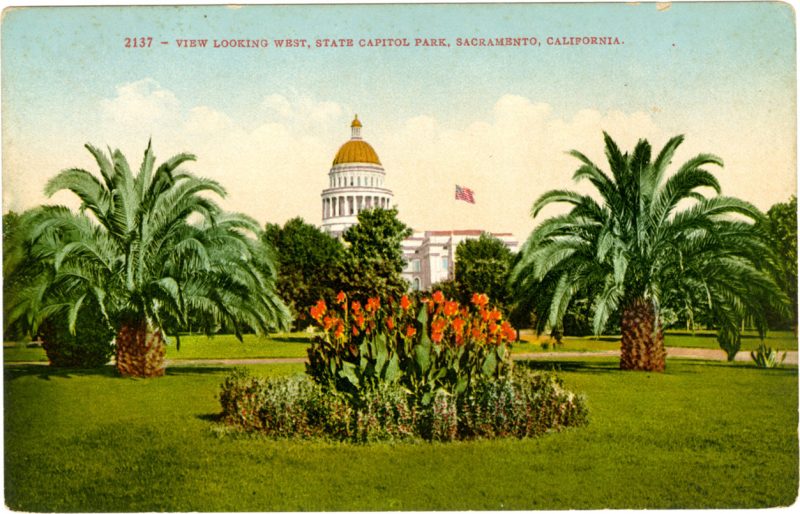 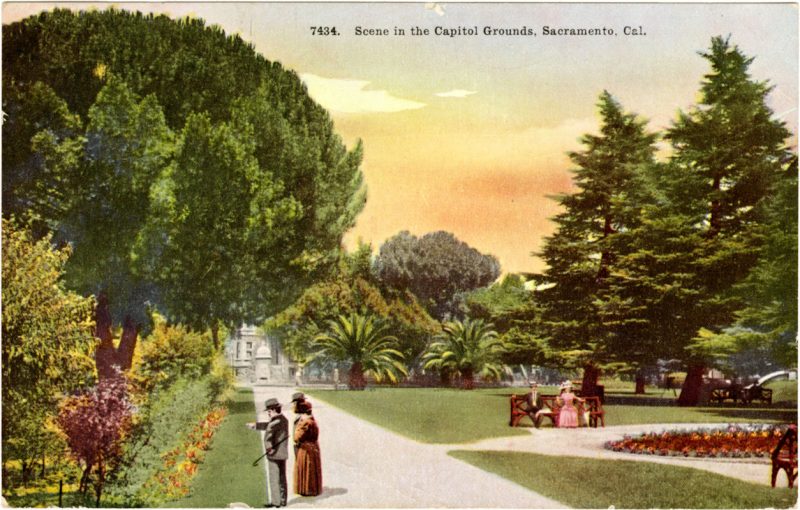 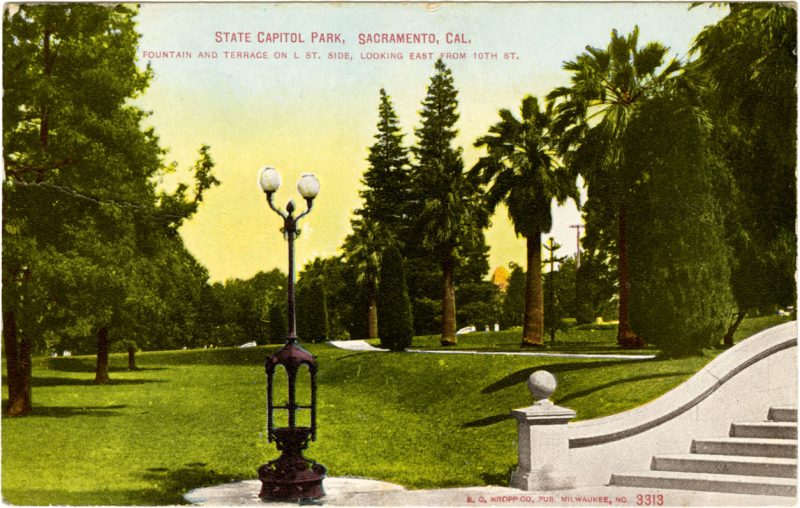 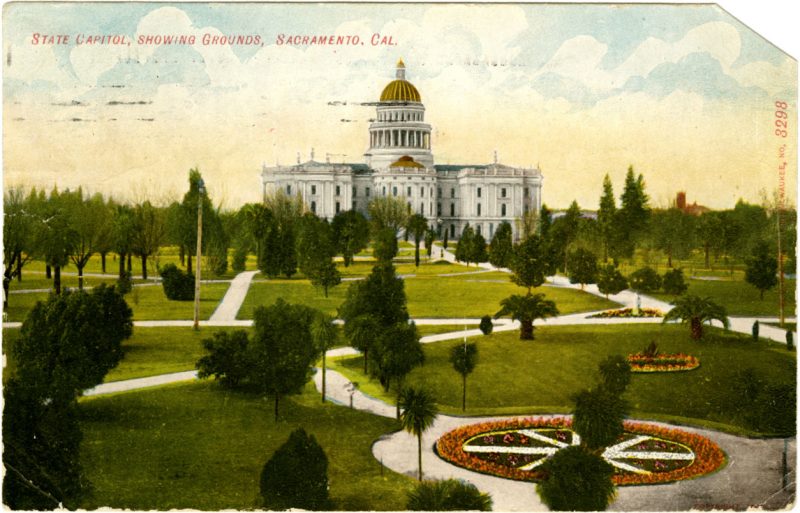 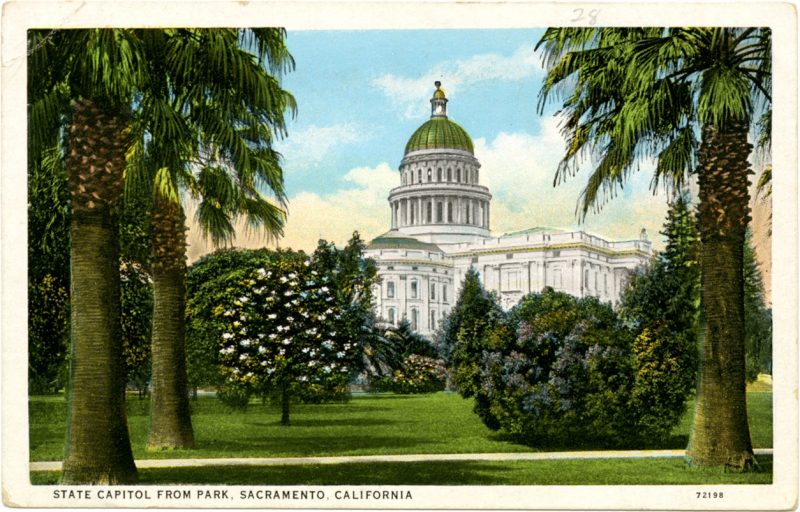