This room is one of two exhibit spaces located on the first floor of the Capitol. Part of the State Capitol Museum, this room is used for the display of rotating exhibits focused on topics related to California’s rich history and current events.

This room is available as a virtual tour on our website.

Using photographs of one of the reading rooms formerly located in the Apse, the room in the northwest corner of the building’s first floor, which had been one of the State Controller’s offices, was adapted to serve as a representation of the historic Capitol Library. The room is now used to showcase rotating exhibits.

In 1928, the State Library and the California State Supreme Court moved from the Apse to a more modern building constructed on a plot of land located on 10th Street, across from the Capitol.

In 1949, workers demolished the Apse to make way for the East Annex, a massive, six-story addition grafted to the east side of the Capitol. The Apse, long considered one of the most distinctive portions of the Capitol, could not be replaced during the 1970s restoration. 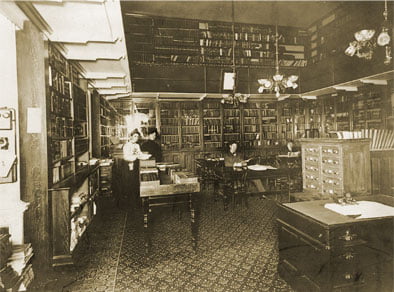