Getting Down to Business

This space served as headquarters for key members of the Governor’s staff from 1869 to 1951.

The smooth and efficient operation of the state requires a reliable staff and a team of advisors to help the Governor make important decisions.

This space served as headquarters for key members of the Governor’s staff from 1869 to 1951. The room has been restored to appear as it would have in 1906, when A. B. Nye and J. Arthur Elston served under Governor George Pardee and occupied this office. Nye was the Governor’s chief aide and political advisor; Elston was his Executive Secretary.

These two staff members played a particularly critical role in maintaining communications with the public during the devastating San Francisco Earthquake of 1906.

Today, the Governor continues to rely on a personal staff to carry out the day-to-day operations of the office. The most important aide among the Governor’s staff is the Executive Assistant, who is usually a close political advisor.

Listen to an audio recording about the Governor’s Office 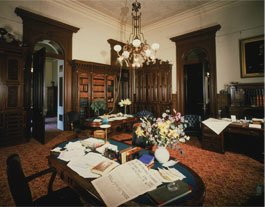 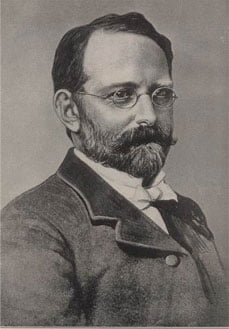 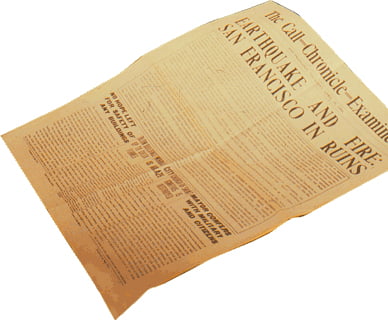 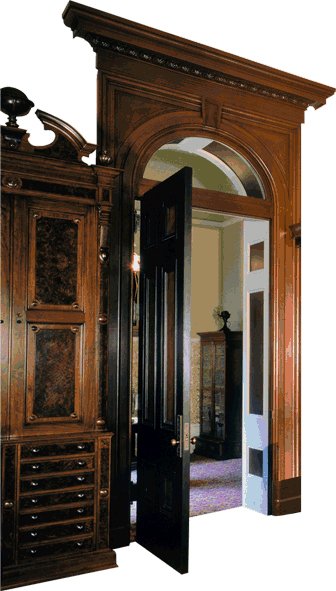