The Secretary of State is the chief elections officer for the State of California and helps to guarantee citizens direct access to the state’s political process.

This room is available as a virtual tour.

The Secretary of State oversees state elections, the keystone of the public’s participation in the political process. They file the campaign statements of all candidates, direct and verify ballot counts, and administer voter registration.

In addition to this important role, the Secretary of State has numerous other responsibilities. A bill becomes law only after the Secretary verifies the bill’s content, assigns it a chapter number, and stamps it with the Great Seal of the State of California. The Secretary also oversees the standardizations of weights and measures, receives and catalogs all legislative records, files articles of incorporation for new state corporations, and registers trademarks.

Since statehood, the Secretary of State has been an elected official and part of the executive branch of state government, but their responsibilities have changed over the years. Until 1889, the Secretary was charged with protecting and preserving all government documents as well as the state’s historical artifacts, including the 1849 and 1879 State Constitutions. By that time, the task of organizing, cataloging, preserving, and storing the state’s growing archives had become unmanageable. In 1889, J.D. Gilchrist was appointed the first Keeper of the Archives, working under the Secretary of State William C. Hendricks.

The invention of the automobile temporarily brought another responsibility within the Secretary of State’s sphere. From 1905 to 1913, the Secretary issued driver’s licenses and vehicle registrations. As the number of cars grew and this task became unwieldy, the Department of Motor Vehicles was created.

Although responsibilities have changed over the years, the Secretary’s role as the overseer of elections has remained constant. Are you registered to vote? If not, you can register at the Secretary of State’s website.

The Secretary of State occupied this room until 1975. It has been restored to show how it might have appeared in 1902, when Charles F. Curry was Secretary of State. His staff of 22 included a deputy, a statistician, recording clerks, a bookkeeper, an archivist, porters, watchmen, an engineer, a fireman, and an elevator attendant. The size and diversity of his staff hints at the multitude of tasks that were the Secretary’s responsibility at the time. 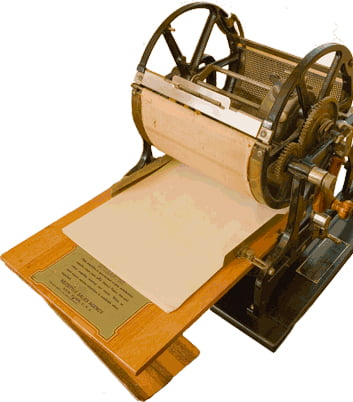 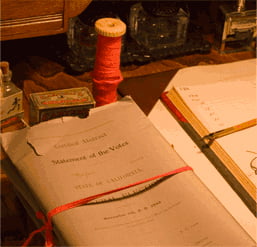 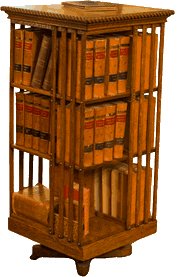 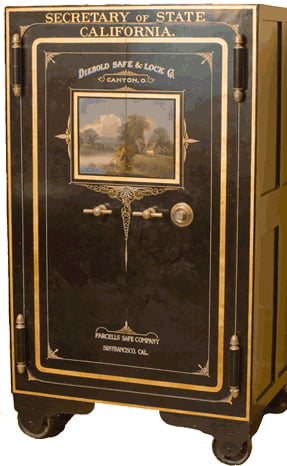